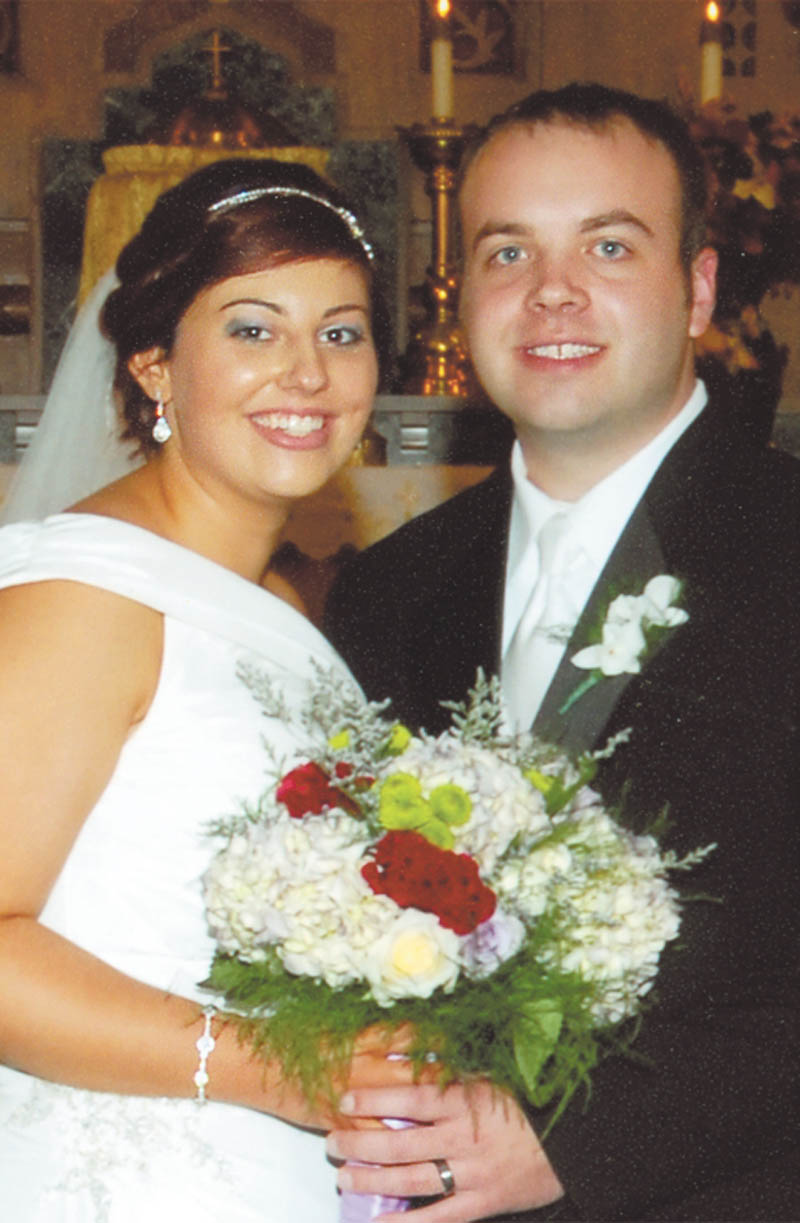 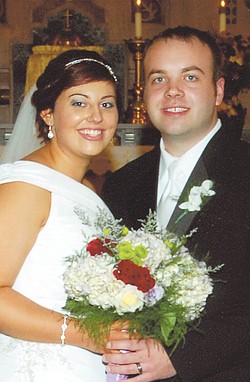 Sts. Peter and Paul Church was the setting Oct. 15 for an afternoon ceremony where nuptial vows were exchanged by Amanda Chopp and Charles Housteau III, both of Austintown.

The couple accepted congratulations at a reception in the Grand Lobby of Powers Auditorium before leaving on a wedding trip to Riviera Maya, Mexico.

Abbie Balestrino was the matron of honor for her sister. Bridesmaids were Leah Smith, the bride’s cousin; Jenna Klempay; Maggie Matune; Ashley Koval; and Chloe Housteau, the groom’s cousin. All attendants were attired in plum-colored dresses. Gracie Carrier, another cousin of the groom, was the flower girl.

The bride holds a degree in pastry and baking from Le Cordon Bleu Pennsylvania Institute of Culinary Arts in Pittsburgh. She is a pastry chef at the Culinary Arts Center in Boardman.

The groom graduated from Youngstown State University with a bachelor’s degree in accounting and finance. He is a staff accountant with the B.J. Alan Co.