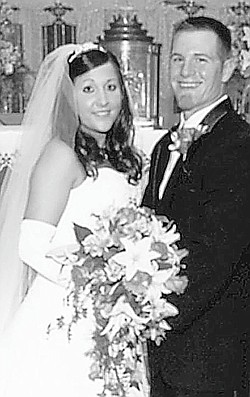 Monsignor Victor Romza and the Rev. Basil Marchak officiated at the 1:30 p.m. ceremony, and the couple greeted guests during a reception at the church hall. After a wedding trip to Punta Cana in the Dominican Republic, they live in Newton Falls.

Mr. Hicks is employed by United Parcel Service and is the owner of a landscaping company.