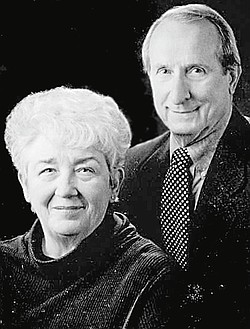 The 50th wedding anniversary of Mr. and Mrs. John Dankovich of Youngstown was celebrated May 15 at an open house at Hunters Woods Club House in Canfield.

Mr. Dankovich and the former Sally Beach were married May 14, 1960, at St. Stephen of Hungary Church in Youngstown, where they are members.

The couple are both retired. Mr. Dankovich also served in the National Guard.