Electricity back on for nearly everyone

Emergency shelters were not needed.

Rory Sachire (18) and Tanner Mackall (10) of Austintown slide down the hill in the snow at Mill Creek Park's Wick Recreation Area . 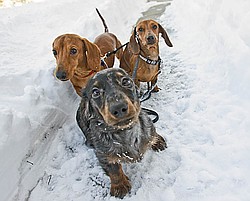 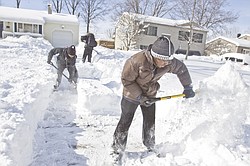 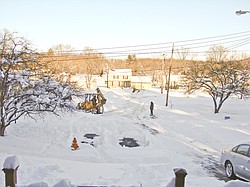 Electricity has been restored to almost all of the 2,500 First Energy customers, most in the Salem area, who lost power during the snowstorm Friday and Saturday.

As of 3:30 p.m. Sunday, some 92 customers were still without power, said David Turner, First Energy area manager for Mahoning and Columbiana counties.

First Energy crews from the immediate area and several other territories in Ohio worked on restoring power knocked out by the winter storm that downed trees and power lines Friday night and early Saturday, Turner said.

He said no injuries were reported and praised the work crews for doing a great job.

Arrangements were being made Saturday to offer shelter to people without power in East Liverpool Middle School and other venues that still had power, said a spokeswoman for the Columbiana County Sheriff’s Department.

However, while plans were in the works, neither the school nor other buildings were needed, East Liverpool police said Sunday.

Salem City police said the city did not suffer widespread outages, but that Salem and Center townships south of the city were among the areas where numerous residents were without power.

However further south in Mahoning and Columbiana counties, higher snowfall was recorded.

For instance, Boardman had 18 to 20 inches of snow, according to Mark Monstrola, a meteorologist at WFMJ, The Vindicator’s broadcast partner.

However, neighboring Austintown was not that hard hit, township police said.

Monstrola said Warren had 11 inches of snow with about 14 inches falling in Newton Falls.

No snow is in the forecast for today, but snow with some accumulation is forecast Tuesday and Wednesday, according to the National Weather Service.