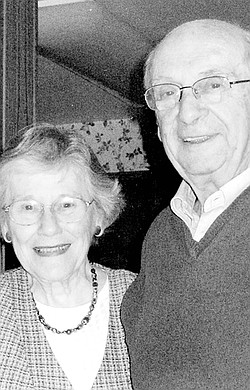 Hosts for the event were their sons and daughters-in-law, Jim and Libby Blake of North Canton and David and Beverly Blake of Atlanta. Their family includes five grandchildren.

The former Agnes E. Richmond and Mr. Blake were united in marriage on June 23, 1944, at the bride’s home in Lonaconing, Md. The couple are members of Poland United Methodist Church.

Mrs. Blake was a self-employed piano teacher prior to retiring in 1997. She belongs to the Carnival Dance Club.