Lagese jubilee is observed at at dinner party 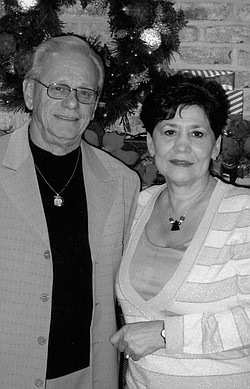 AUSTINTOWN — The 50th anniversary of Mr. and Mrs. James Lagese, 3972 Artmar Drive, was celebrated at 11 a.m. June 28 at Caff Capri in Boardman, where invited friends and family members congratulated the couple.

Hosts for the festivity were their children, Renee Gugliotti and Joe Lagese, both of Boardman. The couple have four grandchildren.

The former Delores Montano and Mr. Lagese were united in marriage on June 27, 1959, at St. Patrick Church in Youngstown. They are members of Immaculate Heart of Mary Church.