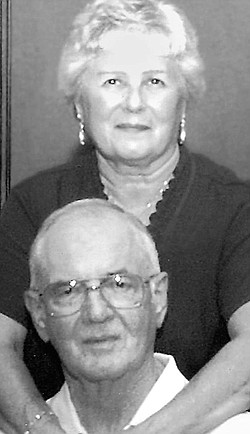 STRUTHERS — The family of Mr. and Mrs. George Sabol, 231 Helena Drive, were hosts for a dinner party honoring the couple as they celebrated their 50th wedding anniversary.

The festivity took place at Aug. 8 at Nicolinni’s Ristorant in Boardman.

Arrangements for the event were made by their children and their spouses, Lori Ditman of Lowellville, Dan and Beth Sabol of Canfield, and Ken and Jennifer Sabol of Struthers.

The couple have five grandchildren, Samantha, Amanda and Jessica Ditman and Lindsay and Jason Sabol.

The former Patricia Tomko and Mr. Sabol were united in marriage Aug. 8, 1959, at Holy Trinity Church. They are members of St. Nicholas Church.

Mrs. Sabol retired in 2000 as a clerk at Komara Jewelers and Gorant Candies.