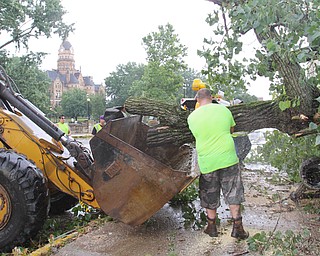 Warren City Operations crews work at removing a downed tree on the south side of the West Market Street Bridge after a fast-moving storm hit downtown Warren Tuesday afternoon. 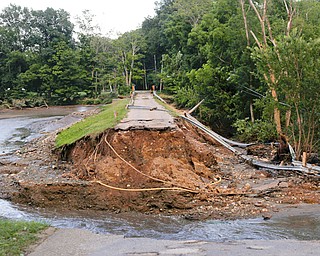 The bridge on Lakeview Drive in Kinsman Township washed away after storms and a massive amount of rain Saturday. Residents who lived on the other side of the bridge — the only way in or out of the neighborhood — had to be evacuated. 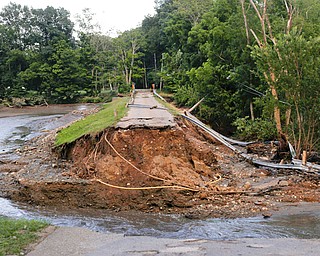 A portion of a causeway on Lakeview Drive in Kinsman was washed away Saturday morning by flooding caused by heavy rains. The causeway was the only access to the other side of an area known as the Lakelands. 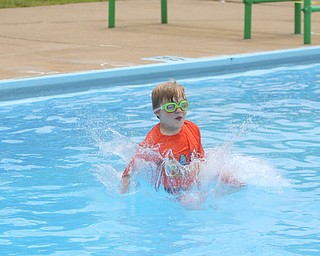 Jacob Davis, 7, of Liberty, makes a cool landing Friday at the Jewish Community Center’s Logan Campus pool. Many residents hit the pool to beat the heat. 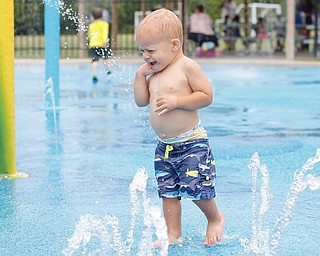 MJ Sanchez, 20 months, of Vienna enjoys his time at the splash pad. A brutal heat wave going across the country will cause temperatures in the Mahoning and Shenango valleys to rise into the 90s . 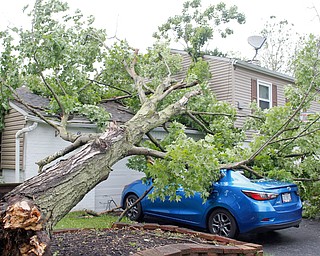 11The following are 911 calls received by the Trumbull County 911 Center regarding the damage that resulted from what many people reported to be a funnel cloud or tornado. To hear the 911 audio calls,

FirstEnergy prepares for wind up to 50 mph

The utility also offers tips for customers to survive the storm. 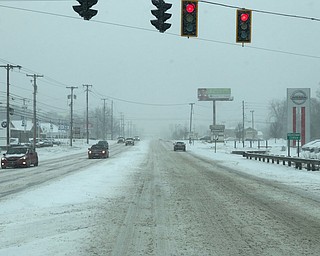 Not even Big Chill keeps ice cream devotees away

Jim and Joanne Neidhardt of Boardman enjoy Handel’s cones in the warmth of their car at the Boardman location.