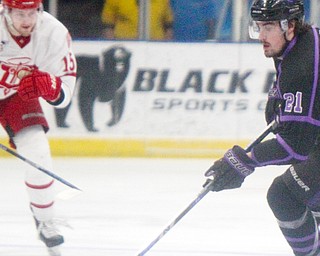 Trailing by a goal late, the Youngstown Phantoms were rewarded with a golden opportunity when Dubuque Fighting Saints forwards Riese Gaber and Dylan Jackson were sent to the penalty box at the same time. 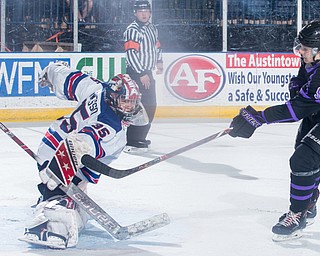 The Youngstown Phantoms went 12-3 in their final 15 games. It just wasn’t quite enough to grab a first-round bye for the USHL’s Clark Cup Playoffs.

The Phantoms scored three goals in the third period to top the 17Us on the road.

Tom Williams: Phantoms have chance to get some rest

The value of getting to rest and heal while the next opponent is fighting to stay alive can’t be overestimated.

Youngstown rallied from a two-goal deficit in third period.

Phantoms about to get good look at USHL star

Many of America’s best hockey players will descend upon Covelli Centre twice this week.

Forward Dalton Messina and defenseman John Larkin, whose hometowns are near Detroit, have committed to Ohio State University. 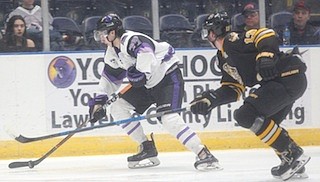 Chad Veltri has three shutouts in past four starts